One of the great things about Growthink are the amazing and inspirational clients we work with, especially in the healthcare space. Dr. Kevin Forsythe of the Oregon Urology Institute is a real entrepreneurial hero - in addition to having a full-time workload as a radiation oncologist and a young family, Kevin in his "spare time" is working on cutting edge treatments and tools for prostate and breast cancer.  Quick Facebook shoutout to Kevin and to the dozens of amazing healthcare-focused entrepreneurs that make our world a healthier, happier place.

For Luke, because of his Great thought leadership, his Great team Spirit, and always handling difficult communications with grace, maturity, and professionalism.

For Ishan, for his amazing work with multiple, highly complex clients and business models and his general can-do spirit of getting things done!

Melissa went above and beyond and gave back to the community with 60 minute presentation at  the Alliance College Ready Academy in South Los Angeles o 30 high school students accepted into the Youth Business Alliance Program based on having the highest GPAs in the school  and having an interest in and passion for business and entrepreneurship. 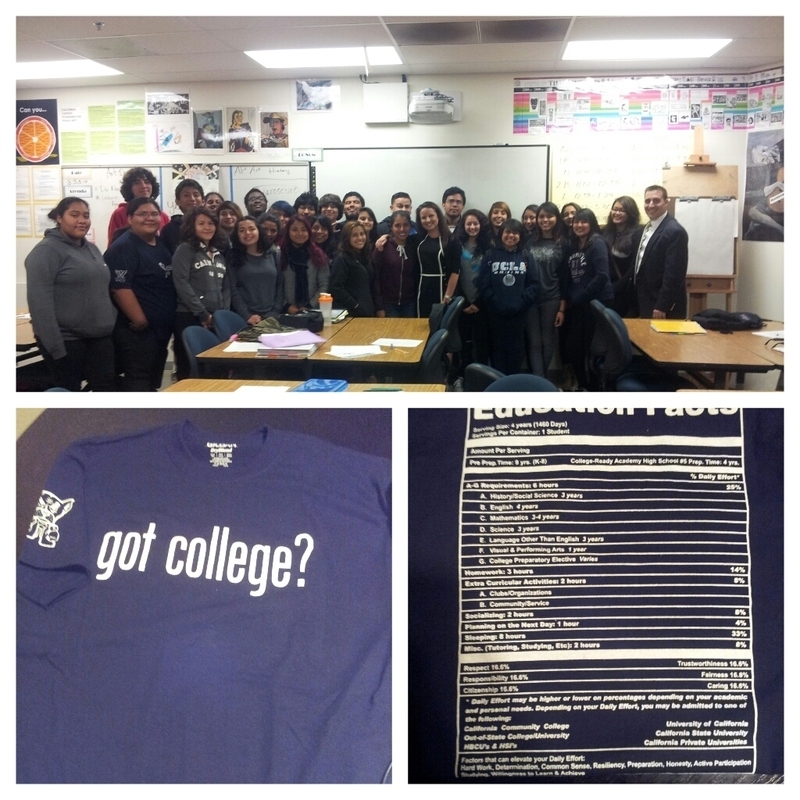 Great medical device research work by Growthinkers Melissa Welch and Anna Vitale.  It is always great when we can do our best work for clients that are doing great things in the world! 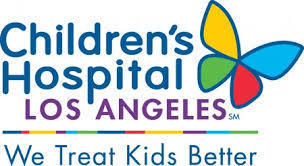 U.S. Private Equity and Venture Capital Funds Earned Positive Returnsfor Q3 2013 and Improved on Their Q2 Results, According to CambridgeAssociates

BOSTON, MA, Mar 05, 2014 (Menafn - Marketwired via COMTEX) --In the midst of a strong period for public equities and a healthyIPO market, U.S. private equity and venture capital funds generatedpositive returns for the third quarter of 2013, with venture capitaloutperforming private equity for the period. Over short and mediumterms ending on September 30, 2013, both alternative asset classescontinued to struggle against the public markets. Over the long termthe opposite remained true, as both private equity and venturecapital funds delivered returns that easily bested those delivered bypublicly traded equities, according to Cambridge Associates.

Quarterly returns for both indices were more than two percent greaterthan in the prior period. In the third quarter, the CambridgeAssociates LLC U.S. Private Equity Index rose 5.1%, bringing itsyear-to-date return to 13.3%. For comparison, the S&P 500 gained 5.2%and 19.8% over the same periods. The Cambridge Associates LLC U.S.Venture Capital Index returned 6.5% and 14.0%, respectively, for thequarter and year-to-date. Its closest public market counterpart, theRussell 2000, gained 10.2% and 27.7% for the same periods.

The table below details the performance of the Cambridge Associatesbenchmarks against several key public market indices. Returns forperiods of one year and longer are annualized.

This is a great idea.

I am writing to ask if we can schedule a phone or in-person meeting on March 11th, 12th or 13th to discuss our Fractional General Counsel and In-House Counsel services. If these dates don’t work, please feel free to propose others.

Many companies are large enough to have complex legal needs, but do not have the budget or need for a full-time General Counsel, and thus are completely reliant on outside law firms. JurisClerks fills this void. Now corporations can take advantage of the tremendous cost-savings and many benefits of having their own General Counsel, when needed and as needed.

For companies with no General Counsel, JurisClerks can provide an experienced attorney to take on the role of General Counsel on a fractional, as-needed basis. For companies with an in-house law department, JurisClerks can provide seasoned attorneys with diverse experience to handle strategic projects and specific practice areas.

Founded and managed by attorneys, for 10 years JurisClerks has provided custom-tailored legal staffing solutions to corporations across the US. Visit www.jurisclerks.com for additional information.

We encourage you to contact us to schedule an initial phone or in-person meeting, and thank you for your consideration.

Notice: Neither JurisClerks, Inc., its employees, nor contractors are engaged in the practice of law for you or your clients.  You are solely responsible for verifying any and all statements and research.   All information herein and all written and oral communications to you, in association with JurisClerks, Inc., is for research purposes only and is not intended and should not be relied upon as legal counsel or legal advice.   This Email and the information contained herein and attached is intended only for use of the individual or entity named above and may be subject to Work-Privilege and Attorney-Client Confidentiality. The foregoing transmission is provided only for the confidential use of its addressees

This e-mail is or may be construed as an advertisement. To opt out, please send an e-mail with REMOVE in the Subject Line to Info@JurisClerks.com, or contact us at

U.S. equity markets staged an impressive turnaround in February. Despite a prolonged slump at the start of the year on concerns related to prospects for growth in China and the U.S., along with uncertainty in the emerging markets, domestic equity markets rallied to new highs at the end of the month on the back of Janet Yellen's testimony which voiced a potential decrease in tapering as response to recent disappointing domestic data points. On the final Thursday of February, the S&P 500 index rose 9 points to 1,854, surpassing its previous record high of 1,848, eventually closing out the month at 1,859. Furthermore, the Dow finished at 16,322, just short of its 16,576 record, and the NASDAQ added 1.0% on the week to finish at 4,308, short of its record close of 5,049.

In total, there have been 42 IPOs raising $8.2bn so far in 2014, the highest YTD activity since 2007 (also 42 IPOs). February activity saw 24 deals raise $2.3bn, the most active February since 2007 (27 IPOs). Of the 24 deals which priced in February, Varonis Systems (VRNS) was the only technology related deal. The VC backed company, which priced on February 27th, opened up 77% and eventually closed up 100% from its offer price on its first day of trading.

Also of note are two companies who filed their S-1 on March 3rd: Five9 (FIVN), a provider of cloud software for contact centers, seeks to raise $115M; and Opower (OPWR), a software company that helps utilities meet their efficiency goals through effective customer engagement, seeks to raise $100M.

The closely-watched, CBOE Volatility Index (VIX) fell to 14 by the end of February. Despite the index's stint in the high teens and twenties, we have not seen the spike meaningfully halt activity in the equity markets and have enjoyed healthy market activity throughout 2014. That said, as the calendar turns to March, investors will remain focused on the developments in the Soviet bloc given the mounting geopolitical concerns over the sovereignty of Ukraine.

*         The CBOE Volatility Index (VIX) is the most widely followed gauge of uncertainty in the market. The volatility charts track the CBOE VIX volatility index and its correlation to the rate of new issuers. The VIX closed February at 14. We view a reading below 20 as generally favorable for near-term capital markets activity. (pg. 5 -6)

How much money would you guess the Internet has collectively thrown at Kickstarter?

This comes from Kickstarter’s own statistics page, where the company regularly provides a breakdown of where the money is going on the site. As of this morning, Kickstarter has seen $999,209,752 dollars pledged to projects — or roughly $791K shy of the big B. They’ll likely pass the billion mark some time in the next few days.

One thing worth noting: this is dollars pledged across “Successfully Funded” projects, projects in progress, and those that didn’t meet their final goal. On Kickstarter, pledged money is only received if the campaign’s target goal is met. Kickstarter says that, of the billion dollars pledged overall, $858M has been pledged to successfully funded projects.

Other interesting stats that can be gleaned from the page:

(For the curious: Kickstarter takes a 5% cut of successful campaigns. I promised you wouldn’t need your calculator, so: on the $858M that has been pledged to successful projects at this point, that’s $42 million or so that went to Kickstarter.)

Some cool courses here, especially the one on Venture Deals and on the Startup CEO... 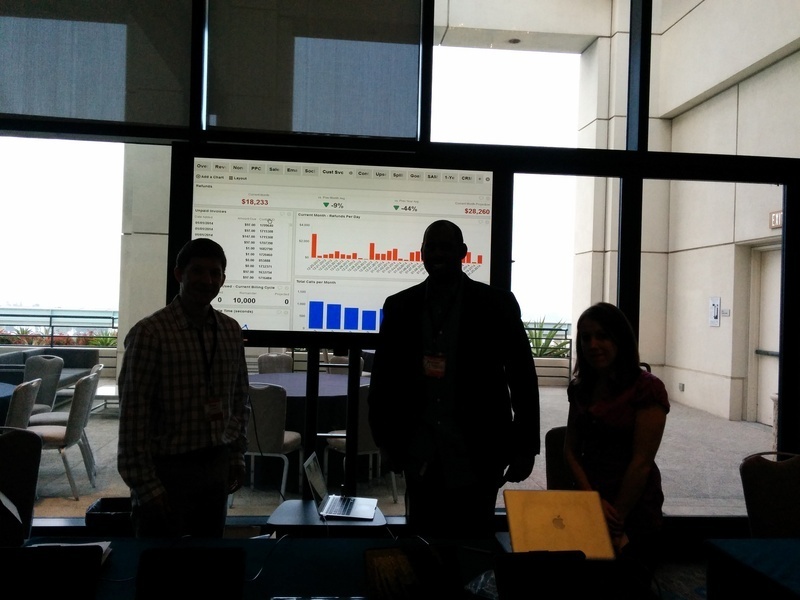